You are here: Home1 / Events2 / Chasing the Truth and Finding New Discoveries of the Culper Spy Ring 3 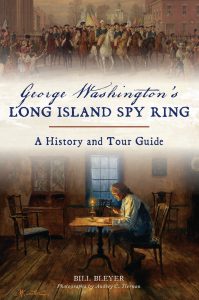 Join Pulitzer Prize-winning journalist Bill Bleyer as he discusses the true story of the Culper Spy Ring that helped to win the Revolutionary War and George Washington’s earlier attempts at gathering intelligence including Nathan Hale as detailed in his newly released book “George Washington’s Long Island Spy Ring: A History and Tour Guide.” (The History Press, 2021)

After the book discussion, visit the Carriage Museum for a final opportunity to see the newly discovered Culper Spy letter while it is still on display. The handwritten letter that is dated November 8, 1779, and is from Benjamin Tallmadge (using his alias, John Bolton) to Robert Townsend (alias, Samuel Culper Jr.) is the only known surviving letter between the two.

Program is free with museum admission, but pre-registration is strongly recommended due to capacity limits. Email educators@longislandmuseum.org or CLICK HERE to register. Your spot will not be guaranteed until you are contacted by the education department to confirm your registration.

*Based upon current health determinations, the program may need to switch to a virtual format if needed.